Shopping Cart
Your Cart is Empty
Quantity:
Subtotal
Taxes
Shipping
Total
There was an error with PayPalClick here to try again

Thank you for your business!You should be receiving an order confirmation from Paypal shortly.Exit Shopping Cart

"Perhaps when you thought you weren't good enough...

the truth was that you were overqualified."

I've been there. We've all been there. In the position of someone telling us we deserve better, are going to find someone who deserves us, etc. I remember at the time feeling so damn confused too these words. It wasn't until years later that I realized deserving better isn't always because of your appearance or career or even the value in your bank. Deserving better is sometimes because your heart is magnificent. Because not everyone can understand, respect, or love like you do. Your heart is what makes your character beautiful and it's not for everyone...fortunately for you. Yes, fortunately. You deserve the very best with a heart like that and God bless the person who realized it enough to let you go so the universe can open doors, build paths and space for you to meet. I hope you never give in to the fear of not finding that person that you accept just any kind of love.

"Don't pray for an easy life.

Pray for the strength to endure a difficult one."

I'm probably the most careful person I know, next to my mom. I've always acted on and didn't act on decisions because of my carefulness. Most of the time, though I hate to admit it, my indecisiveness stems from fear. It's not so much the fear of losing that scares me, rather a desire to protect myself from feeling disappointed, sad or stuck. In result, I take my time thinking things through over and over before taking the plunge. I don't like to rely on people and for that, it takes a lot for me to stray away from my comfort zone. Unfortunately, a comfort zone doesn't really help us grow. It's a place where we feel safe, but it's in the moments that we are challenged that we grow the most. Whether it's going on a first date after ending a long relationship, trying a new food, or taking a road trip alone...I hope you try something new. I hope you believe in yourself enough to try. I hope you know you are worth going to bat for. #comfortzones 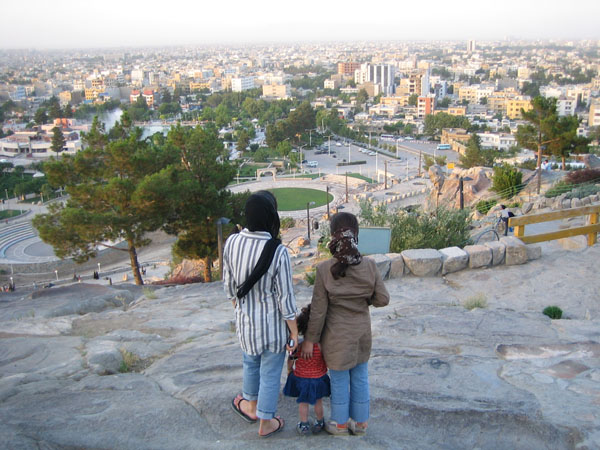 Experiencing Sept. 11 as a middle schooler

The ultimate goal of mothers and fathers is to always protect their children from danger, harm, pain and sadness. The thought of seeing their offspring endure any negative feelings just hurts them.

I remember being in the 7th grade and preparing to go to school the morning of Sept. 11, 2001. As usual, my dad was watching the morning news, and my mom was making my brother and I breakfast. As I hurried back and forth to find the right outfit, I could hear the news anchor in the background explaining that there was breaking news regarding the World Trade Center in

I did not know where the twin towers where or the significance it had on our country. However, I knew by the look on my mother’s face, and the sound in the anchor man’s voice that this was the sad, dangerous, harmful pain parents never want their children to endure.

After what felt like the longest day at school with teachers discussing the topic, moments of silence, and me, a confused teenager, I came home and turned on the television.

I realized that this event would change the course of our lives forever. Every channel on TV was covering the 9/11 attacks. I felt more lost than ever. I did not understand why two planes would hit such tall, beautiful buildings.

I first thought it was by accident. Quickly after, I noticed the anger, confusion, sadness and countless tears that led me to finally realize this was no accident. This was a pure act of terrorism. It took me a long time to grasp onto what happened that day.

I was a young girl who was oblivious to the location of the buildings. I was also gullible to think there were such heartless people in the world.

Just a few days later, I saw a young girl being interviewed on TV. The news anchor interviewing her was fighting tears back as the little girl explained to the world that she lost her best friend the morning of 9/11. Without hesitation, I broke into a puddle of tears.

The idea of killing, raping, abusing, torturing, hitting, hating and hurting anything or anyone will never make sense to me. Whenever I hear a story regarding those topics, I get very uncomfortable. I just don’t understand how people who come from the same world can do that to one another.

Maybe it is because my mom always taught me growing up that the Chinese girl sitting at the bus stop was my sister and so was the boy from Nepal at the bookstore. I was taught that we are all ONE.

So, why are we killing our own kind? Just because we may not look the same on the outside, we all have the same hopes for our world. Don’t we?

While listening to the little girl explain how she lost her father, I thought about the pain parents try to protect children from. Though he didn’t mean to, her father left her with all these feelings of pain he probably never wanted her to feel. It was something I could not understand, how could she?

As 9/11 marks the calendar again, many people feel a sense of sadness wash over them. The same pain our parents hoped we’d never feel. Then there are people across the world who feel the same pain, some because it cost the lives of their children at war and others their homes.

Mother Teresa said, “If we have no peace, it is because we have forgotten that we belong to each other.”

It’s been 11 years since 9/11, and it feels as though our generation has seen nothing but war, crime, killing, rape, abuse and hate. I hope for all of us to witness genuine world peace in our lifetime.

After all, we’re all brothers and sisters.

My heart aches for the lives lost, families affected and all the pain our parents never wanted us to feel.

Article can be found at: Daily 49er

Flashy Cars, Chanel, and Iranians: A review of "Shahs of Sunset." 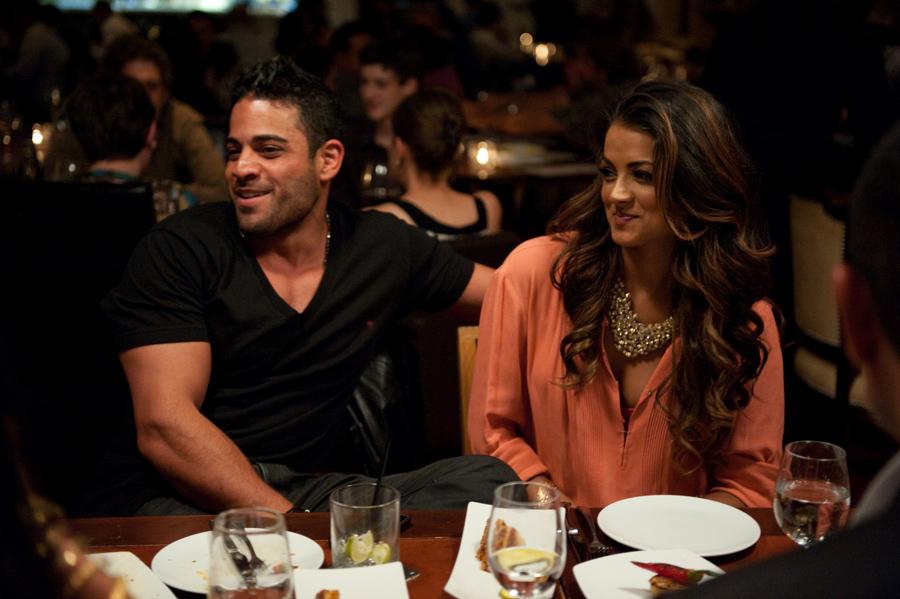 TV network Bravo presented viewers with a new show called “Shahs of Sunset” in March, following wealthy Iranian-Americans living in Beverly Hills. After only six episodes, fans are excited to learn that the cast is returning with a second season of flashy cars, high fashion, tons of drama and a spicy mix of the Iranian culture.

The show’s goal was to focus on the difficulties Iranians faced after fleeing the country and living their lives as refugees in the States. Refugees, however, are a little difficult to envision when you witness the cast’s luxurious lifestyle.

Though the “Shahs” brought in nearly 1.5 million viewers an episode, the show has become criticized by many among the Persian-Americans for inaccurate portrayals of their community. Many have stated that the show portrays Iranians in a negative light, and that it gives people a bad perception of them.

That’s nothing different of the Hollywood stereotype, though. To add, Reza’s sexuality is the most controversial as he is openly gay and proud. Coming from a country were being gay is criminalized, many sympathize with Reza’s journey of coming out in the public eye.
In addition, the cast goes through several journeys including Asa’s career as an artist. The singer and art producer has become idolized by many Iranians for not following the expectations of Iranian women who are taught not to speak their mind. Instead, she tells all through her songs, which portray the difficulty of living as a refugee.

As an Iranian-American myself, I can’t say I truly relate to cast of “Shahs of Sunset.” However, I do understand the expectations of the culture such as pressures to succeed financially, get married and have children.

Despite the drama, flashiness and crazy cast portrayed by the show, I believe it’s important for a show like this to be seen in America in order to bring some type of understanding of Iranians in a time when tensions and misunderstandings may be at an all time high between the two peoples.
The country may be on “the other side of the world,” but a large Iranian community exists right here in Los Angeles. The show does a great job of shedding a different light on the community.

Article can be found at: Shahs of Sunset

On a typical day after class, I find myself sitting at the Outpost on campus. I notice almost half of the students buried in their books studying. It’s not unusual, but almost all of them have their headphones on.

According to an article from the LA Times, musical therapy is making breakthroughs. Count me in as one of those students who cannot study without music playing in the background.

My parents always argue that playing music while studying is distracting me from fully understanding the material. I beg to differ. According to futurologist Machover, music “touches every aspect of cognition.”

“There are theories that music exists to exercise the mind and to help coordinate its separate functions. Music lovers intuitively know what researchers have verified, that music modulates our moods, helps us move, stimulates our language skills, strengthens our memories and can wondrously bring about emotional responses without their bothersome consequences,” added Machover.

In terms of studying, I find that music is highly influential. I listen to all forms of music while studying including country, indie, rock and more.

However, I have noticed it is more difficult to study to music that I am unfamiliar with. I tend to listen to music which I have already heard or memorized lyrics to. Otherwise, I find myself trying to not just hear the music, but listen to it.

Ironically, listening to classical music such as Beethoven or Mozart frustrates me. The lack of vocals in the music tenses me. I find that music helps me as a student to study. Although at times, I find myself singing along with the lyrics in the music, I have realized they help enhance the time I devote to studying. The music and the lyrics inspire me.

Article can be found at: Music Therapy

All In The Knees 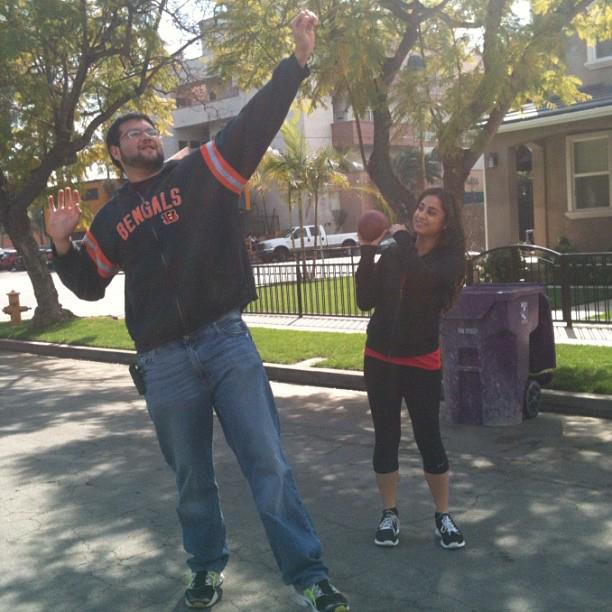 Learn more about Jacob at my blog: All in the knees 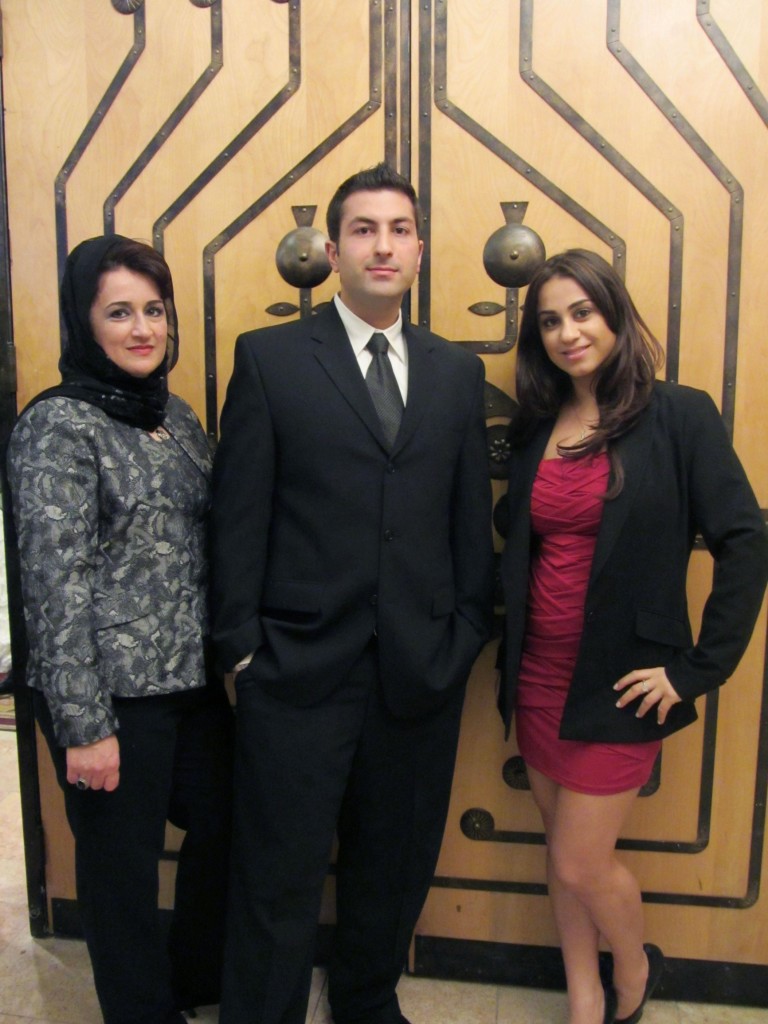 Read about my brother and my relationship at: National Brother's Week 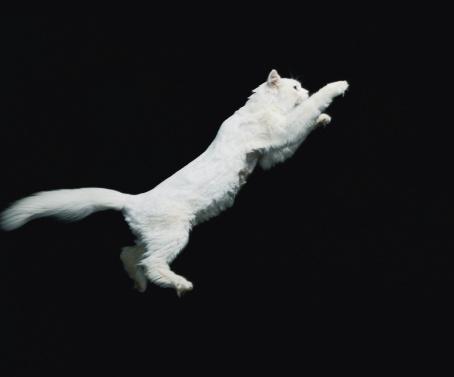